The Scary Reality of Antibiotic Resistance 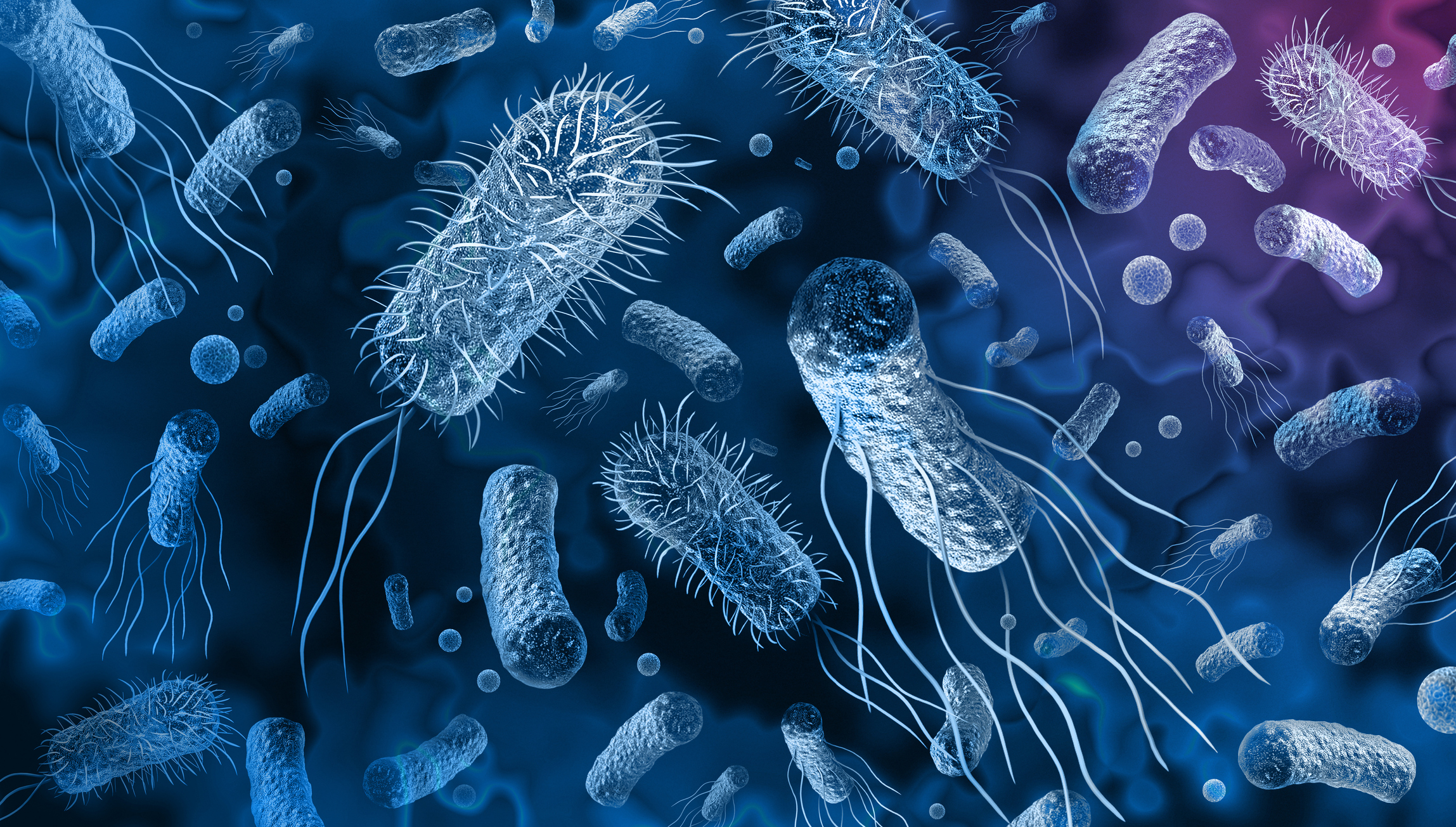 An increasing number of infections resistant to currently available antibiotics has rapidly become an escalating concern for healthcare providers. Antibiotic-resistance has been well-documented across a broad spectrum of bacteria responsible for many common infections involving the lungs, urinary tract, wound beds, and more. When caused by a resistant bacterium, many of these otherwise routine infections can once again become life-threatening.

Antimicrobial resistance stems from an amalgamation of factors surrounding the development and use of antibiotics. From a pharmaceutical perspective, funding and research into the development of new antibiotics have steadily declined over the past three decades.4 Reduced interest in the antibiotic pipeline has been attributed to equivocal profitability and an abundance of regulatory roadblocks, including increasingly difficult to conduct clinical trials.2 Outside of development, the use of antibiotics in non-healthcare industries also contributes to resistance. In the agriculture industry, antibiotics used to prevent infection and stimulate growth in livestock have been linked to resistant bacteria in both the food supply and environment.2 Likewise, antibiotics used by veterinarians to treat household pets can lead to the production and transfer of resistant organisms.5 While the aforementioned factors play a considerable role, indiscriminate and excessive antibiotic use in humans is most likely the predominant source of antimicrobial resistance.

In 2016, the CDC reported that approximately 270 million antibiotic courses were prescribed across the United States. The same report estimated that approximately 30% of the antibiotics prescribed in outpatient offices and emergency departments were unnecessary.6 Beyond the staggering frequency at which antibiotics are being prescribed, researchers have also shown that the duration of antibiotic prescriptions is often too long. One study demonstrated that 70% of outpatient antibiotic prescriptions for uncomplicated sinus infections were written for a duration significantly longer than recommended by current guidelines.7 Another study reported similar findings regarding the duration of antibiotics administered to patients hospitalized with community-acquired pneumonia.8 While the blame is often placed entirely on providers, the forces driving antibiotic misuse and overuse are significantly more complex.

Studies have demonstrated that a majority of patients expect antibiotics to be prescribed to justify the time and expense of a clinic or emergency department visit.9 This presumption can result in undue pressure on providers to prescribe antibiotics to maintain patient satisfaction and rapport. Even when prescribed appropriately, patients frequently discontinue antibiotics prematurely as they begin to feel better. This practice can be further compounded by subsequent self-medication with antibiotic leftovers. In both cases, inappropriate exposure to antibiotics can allow remaining bacteria to adapt and thrive, as studies have demonstrated sub-therapeutic antibiotic exposure can promote resistance through increased mutagenesis and altered gene expression.10

Given the prominent role of antibiotics in precipitating resistance, it is essential that prescriptions are dispatched in an increasingly selective and meticulous manner. Over the past decade, the CDC has demonstrated that preventive measures, such as the targeted and judicious use of antibiotics, can significantly reduce deaths due to antibiotic-resistant bacterial infections.1 Moreover, these practices have been proven to reduce the incidence of infections caused by many of the most difficult to treat resistant bacteria, including Vancomycin-resistant Enterococcus, Methicillin-resistant Staphylococcus aureus, and multi-drug resistant Pseudomonas aeruginosa.1

An increasingly patient-centered and individualized approach to antibiotic therapy can be achieved through the implementation of modern diagnostic techniques. While conventional clinical wisdom can significantly narrow the most likely causative organism for most infections, there is always a degree of lingering uncertainty inherent to clinical variance and regional resistance patterns. Rapid molecular diagnostic techniques, such as real-time PCR tests, serve as a perfect complement to clinical acumen in this context.

Real-time PCR facilitates accurate pathogen identification and simultaneous detection of common resistance markers, both of which can elevate diagnostic confidence. The objective increase in diagnostic certainty was exemplified by one modern institutional study that showed PCR testing resulted in the detection of a definitive causative agent in 90% of community-acquired pneumonia cases.11 To put this into perspective, a large retrospective analysis of Medicare data from 2010 showed that only 7.6% of patients treated for community-acquired pneumonia had a definitively known causative pathogen.2

Quick and accurate identification of a causative pathogen and its resistances is essential, as this information can significantly increase the likelihood the initial antibiotic selected by providers is effective. By optimizing the efficacy of initial therapy, molecular diagnostic testing can decrease the number and duration of antibiotics needed to treat each infection. PCR-guided antibiotic selection can also facilitate the use of agents with a narrow spectrum and less overall toxicity from the outset of therapy.12

Finally, targeted antimicrobials administered for an appropriate duration can reduce the incidence of secondary infections caused by opportunistic bacteria (i.e., Clostridium difficile) that thrive when the normal microbial flora is diminished by recurrent or prolonged antibiotic use. Together, these changes can dramatically reduce unnecessary antibiotic exposure and therefore mitigate the potential for developing resistance.

Streamline Scientific offers an array of real-time PCR-based panels tailored for identifying the organisms responsible for infections across numerous body systems. In addition, antibiotic resistance marker panels can be performed alongside pathogen identification or independently. These panels are calibrated to detect the presence of resistance against many of the most commonly used antibiotic classes, including beta-lactams, fluoroquinolones, sulfonamides, penicillin-like drugs (e.g., mecA), and vancomycin (e.g., vanA, vanB). 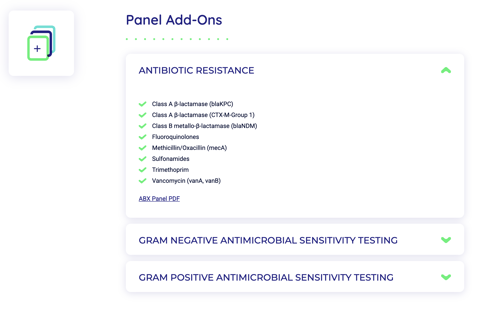 We additionally offer cultures with antimicrobial sensitivity testing for both gram-positive and gram-negative organisms. For a complete list of Streamline panels and pathogens, visit our panels page. General Guidelines Laboratory test results should always be considered in the context of clinical observations and epidemiological data (such as local prevalence rates and current outbreak/epicenter locations) in making a final diagnosis and patient management decisions. With any test, the possibility of false-positive and false-negative results should always be considered, and the impact on patient management decisions and clinical outcomes should be carefully weighed.

Ready to take charge of your lab
services?